Once a year, there is a special time for me for love of songs in foreign languages, kitsch costumes, universal schlager pop a la ABBA and disappointment on final results.

It's been some time now that that special time was doubled because of a pre-selection show before the final Eurovision show and this year for the first time, there is gonna be two pre-selection shows, first on tuesday 20 May (not broadcasted in France), a second on TNT France4 thursday 22 May and the final consisting of selected countries from two pre-selection shows with the Big 4 (those who give the more money to organize the annual show, France, UK, Germany & Spain) and last year's winning country who organizes it this year (on France3 saturday 24 May).

In fact, my first eurovision time per year is way before this special event, when Sweden is electing their entry. MelodiFestivalen is always my favourite pre-selecting songs/acts each year and the Eurovision show could nearly be better in my heart if it was the MelodiFestivalen show... Swedish pop is so good, still in love with real pop music with great key changes and full on melodic dancepop songs, all swedish pop stars try to compete to this selection with their greatest new songs and the show is taken real seriously in this country (not like France no more).
Just to prove this, here is a list of recent Melodifestivalen entries : BWO, Carola, Caracola, Charlotte, E-Type, Ola Svensson, Sanna Nielsen, Velvet, Therese, the Attic, Andreas Johnson, Magnus Carlsson, The Ark, Evan, Alcazar, Bosson, Baccara, Friends, Fame... all big stars in their country and even sometimes internationally !

This year, Swedish entry is a former eurovision winner coming back, just like Carola did in 2006 with Invincible to finish N°5 after her 1991 N°1 with Captured by a lovestorm. Except, Charlotte is now known as Perrelli with her song Hero while she was known as Nilsson in 1999 with her winning Take me to your heaven.

I can't wait to see who's gonna win the Eurovision musical crown this year in Belgrade next saturday and sure my evening is booked for the show in my agenda for at least 3 months :) but after hearing all of this year's entries, I feel there have been some better year and like for wine, 2008 ain't my favourite one.
I do, though, have personal contenders for N°1, as well as songs I love and I'm gonna list them now so that you can wait for them to show up and be attentive to them next saturday (if they succeed in being selected from the pre-selection nights) :
1/ First, there is my winner for this year, the entry I love the most, a song that is a perfect pop dance song, a duet with good voices and are said to be eurovision fans for years. The country is Iceland, the band is named Euroband (or Eurobandið) and consists of Friðrik Ómar & Regína Ósk, a perfect male/female duo for a perfect energetic song This is my life whose english lyrics have been written by icelandic gay icon & previous eurovision contender Paul Oscar.

2/ Second, and my favourite before I heard Euroband, swiss contender Paolo Meneguzzi with his epic ballad anthem sung in italian Era Stupendo could make a storm in eurovision voting persons' hearts. The song starts slowly and keeps on building till a final vocal explosion where the cute boy shows his skills. Maybe a better universal entry to appeal to everybody's tastes than my personal N°1.

3/ Then comes songs I love but that I don't see good enough to win, Sweden's Hero by Charlotte Perrelli and UK's Even if by ex X-Factor show (aka Nouvelle Star) soulman Andy Abraham.

4/ And then there are several songs that appeal to my pop tastes in music but that seem rather bland to win the contest :
- Gisela Casanova (Andorra)
- Ani Lorak Shady Lady (Ukraine)
- Isis Gee For Life (Poland)
- No Angels Disappear (Germany)
- Tereza Kerndlova Have Some Fun (Czech Republic)
- Deep Zone & Balthazar DJ, Take Me Away (Bulgaria)
All in all, my selection shows that I'm keener on english songs than those sung in the original language of the country so my 2nd contender for N°1, sung in Italian, which I don't speak nor understand a single word with the exception of Ciao and bello maybe, proves to be universal enough, even for me, to have great chances to win I think.

Most of other entries are mid-tempo ballads or middle-of-the-road pop/rock numbers that show no sign of winning chance for me with the exception of the following that are truly out of place, unhearable at all, even in the eurovision kitsch-show !
First, France's selection (by France TV bigheads and sure there was some ethilic voting this year) for hairy Sebastian Tellier's frenchtouched badabada 70's rendition called Divine (even sung in english and it has caused a storm here in France) is ridiculous and I feel France is gonna be laughed at A LOT next saturday night !

Equally ridiculous but with self derision this time is the irish entry, a country that have always chosen a ballad song to represent them, with great success in the 90's (Ireland won 3 times in between 1993 & 1996) and with boring appeal in the 00's. So this year, they've chosen someone with an irritating voice as if he doesn't know how to sing in tune, Dustin The Turkey with a song called Irelande Douze Pointe calling every single nation to vote for him. If not for the awful vocal performance, the song in itself, the dance beats and the smile-bringing lyrics could have put this one on the list for number one but they should at least have chosen someone who could sing (or just have chosen the backing vocalists alone) ! [in fact, Dustin is a puppet so I guess a voice like Roland Rat was all it could be]

Finally, there is one song that will get everybody rushing to his TV telecommande and push on the silence mode button in no time and it's Belgium's entry, O Julissi by Ishtar (not the Alabina blonde star). I can't even think of a name to put on the style of the song because it's painfully AWFUL to listen to. If you try, your ears will start bleeding way before the end of the 3'00'' legal time... Your only salvation could be that the song competes in the first pre-selection so it shouldn't get enough votes to go to the final !
To close this post (for now), here is the complete list of 2008 participants, the number of whom explains there happens to be two pre-selections now :

15 The Netherlands Hind Your heart belongs to me

1 Iceland Eurobandið This is my life

10 Latvia Pirates of the Sea Wolves of the sea

12 Bulgaria Deep Zone and Balthazar DJ, take me away

1 United Kingdom Andy Abraham Even if 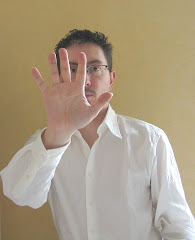